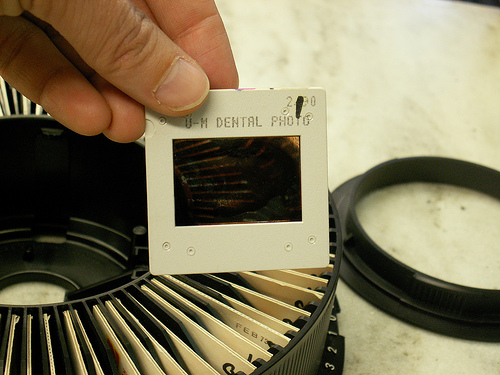 Hey so back again to continue documenting my slow ascension to gamedesignerhood! Last night I was exposed to hilarity that is “Jupiter Ascending” and for the tears of gleeful mirth I could not continue my blogging. Here’s an second endeavour to put away the merry memories (and knowledge that I’m going to go see it AGAIN tomorrow with Francine haha!) and focus on this very important grad project blog ;).

So I left off at the point of great ponderings. A slew of ideas had been sloshing around my noggin for the best part of a month, and with February came not only the penultimate breaths of winter’s winds, but also a dusting of Tony’s reminders about the ideas pitch I would have to present. The pressure to amount some kind of cohesive collection of concepts began to build. As I approached the deadline I began eeking out my ideas to some close friends and family.

If there’s anything I could recommend over anything else with regards to ideas, is that they need to be free! Some might say ideas are cheap, well I say (hoho) that they are cheep and can squark, glide, soar and dive much like a young fiesty seagull! (Jonathan Livingstone would be proud of my reference!) It’s only natural for creative ideas to feel precious and delicate, but their potency and strength can only really be understood under the scrutiny of an outer environment.

As soon as the scrawny blurry-eyed runts were forced out of the safety of the nest they began standing on their own two feet, then ruffling a feather or two in response to some qualitative feedback. Finally the nurtured and tested ideas that had been disguised against broken eggshells took flight, leaving me with a flock I could begin to document.

Here it gets a little serendipitous… one of the stranger birds to enter on a wing was the Autobiographical Game that kept resurfacing for my attention. Something resonated with me with how courageous one must be to put your own life story in front of others, not matter how fictionalised. Christos (aka @failnaut) encouraged me to explore a moment in my life that I knew had great significance but hadn’t really evaluated…

In brief, when at highschool I found myself hiding from navigating the social world (filled with complex feelings and bullies) by retreating to a learning difficulties class during lunchtimes. It was a place I felt safe, had free computer stations to play at, and much to my delight the kids in there played YuGiOh. The teachers who looked after the class never seemed to question me being there as I had begun helping the other pupils (ranging in social capacity from autism and dyslexia to sporadical violence and frequent distress) through simple conversation, play and shared learning. Teaching some of the kids to play HeroQuest was a defining moment and felt really good! However I began to notice the stigma of my association with these students; it increased the likelihood of getting bullying, it put other students from talking to me. I felt like my friends were a far away thing, despite having grown up with most of them for the last 4 years.

During the GameCity workshop with Christos the group suggested I look at how one could recreate that experience by exploring what made that classroom a safe space for me, for the other students, and why in the end I left that safety. We discussed the idea of a hub world that contained a sheltering family of outcasts and how that could representing the classroom. Thus arose the story of a character entering a haven and having to choose whether or not to remain within the safety of its walls.

The path to explore this particular concept led somewhere quite unexpected however. Back in January 2015 I recalled (from around the same period of my past) a phrase my Dad used on one long autumnal evening. He was attempting to describe to me how one might describe life and the future. He fell upon the unusual metaphor of a Slide Projector, the sort one might find these days in a carboot sale or charity shop. It went a little something like this:

“You, right now, are a projector. You have the potential to shine almost anything from your lamp onto the unknown whiteness of the future. And you carry around with you all of the slides of the past; each one a memory, or a hurt, or a love that has left its mark. How you organise those slides – which ones you choose to keep, which ones to leave out, the order they play out – can determine the future that you want to see…”

I remember listening intensely. He continued,

“Just make sure to take the things from your past that you can see in a positive light. Otherwise the slides that show pain or loss can muddy that projected image…”

I paraphrase. but the echo of this soliloquy remains, to this day, surrounding me with a much resonance. It was a simple reinforcement of the powers of positive thinking, and the dangers of dwelling on the negative. Reminded of this as I searched my past for an autobiographical game, the seagull of inspiration began to rise ever higher into the sky at the thought of working my Dad’s Slide Projector into the weave.

In my next post, I will write more on the influences affecting the evolution of my autobiographical game, as well as look at the other pitch concepts that clawed their way out of my brainthing. Until next time, peace y’all.