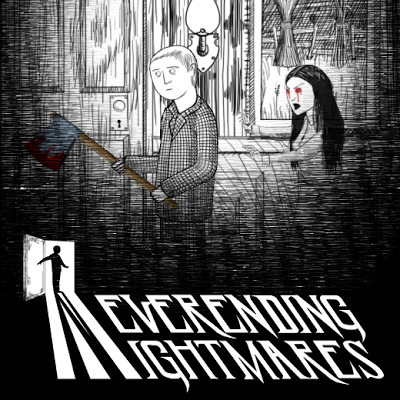 The Context Of Self In Video Games

I promised in my last post to track some changes in my autobiographical game concept. Many times over I’ve started writing that post in my mind. But new things have emerged that need instantaneous documentation! One of the big challenges with the idea of doing an autobiographical game is that by saying that the game is going to be about ‘me’ I’ve already turned some people off – i.e. it’s not exactly a selling point unless the audience can connect with my personal tale. Now in my mind self reflection is a part of my everyday life, so making a game about ‘me’ doesn’t feel unnatural. It’s like writing poetry to explore my feelings about a memory, heartache or social stigma. It is a hard sell when it comes to perceptions in the old-guard of the games industry, perhaps because it seems self refleciton is difficult to get right in games (Shadow of the Colossus makes a good attempt) and is too close in proximity to self indulgence.

In the case of Matt Gilgenbach’s Neverending Nightmares however there is a context to the development of the game that players can invest in; the developer designed the game attempting to describe his struggles with severe OCD. A horror game with gorey oppressive monsters, repeating corridors and an intense atmosphere of gloom and failure are suitable choices – and the creation of atmosphere is the most essential factor that allows the developer to achieve a dialogue about his disorder. The game talks to us most potently when the game mechanics (e.g. dasterdly slow walking through the unsettling halls, or running resulting in the character being striken by asthmatic breathing) are a snug fit with the developer’s dialogue. What I meant by a ‘snug fit’ is when the restrictions and rules of the game world marry with the core concepts.

So walking slowly is a reflection on inevidibility and struggle of OCD, while the character’s asthma reveals something of the developer’s panic attacks. Before studying at the NFTS I thought that this kind of appraisal was too high brow. However the evidence is in the atmosphere of the game… and it is the WHY behind each interaction and not the HOW that generates the concurrent experience of depth. Even if the player has no idea about the context or the developer’s dialogue, the game feels so unified under its principle concepts that we become engaged in this terrifying story.

Murasaki Baby by Ovosonico is another good example of a game that engages in an emotional dialogue with the player. Protecting the cute (if creepy) Baby from harm and nurturing her throughout her dangerous travels is achieved through the use of empathetic gameplay and emotive animations. In the first 5 minutes of MB the player has already developed a bond with Baby simply by pulling her along by the hand with the PSVita’s touch controls and by seeing her delight at jumping over a scary pitfall. Her vulnerability taps into the player’s desire for responsibility. Ovosonico definitely understand empathy.

I made the above diagram to explore the following: these kind of games are truly offering a unique relationship with the games’ concept through specific design choices, often using a limited palette of empathetic game mechanics and with a smooth difficulty curve. It’s where I see the troubles with making an autobiographical game, and since writing this I have already allowed myself to think about ways I can introduce empathetic gameplay that speaks to people about what I want to talk about. My own story is a long and complex one, a mishmash of half-memories and long drawnout strands of behaviour, and I’m not even sure I have yet got the language to begin building a game around. Poetry through gameplay is a tricky business indeed.
However through thinking about the Slide Projector and the teachings my dad gave to me about life, I can sense a stronger concept.

Whilst not trying to make my game universal (you can’t please everyone) I do want to connect people to a journey they can understand, or at least learn quickly to understand.
I’ll say it once more for effect: empathetic gameplay and atmosphere produced by a snug fit design seems to be the path I want to carve out for myself.