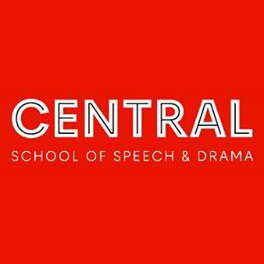 Last week I was lucky enough to be invited to a workshop at Royal Central School of Speech and Drama. Francine always mentions these awe-inspiring workshop leaders and sessions, and I thought it was high time to take her up on the offer to go experience one first hand! It’s been a fair few years since my last adventures in theatre, and perhaps the last show I can remember being involved with was an improvised longform created from the saga of my Threshold Festival AR app, nearly a year go to date. However the principles of improv, directing, playwriting and devising have always stuck with me. A wave of refreshment and nostalgia began rolling itself up in me, ready to break as I entered the school reception. I was a little nervous! Especially since they Saturday workshop would be filled to the brim with the likes of Francine’s nearest and dearest course mates. I thought about being on best behaviour… ultimately that of course meant being as silly and participatory as possible!

Francine met me with smiles and sunshine, as per usual, and we snuck into the workshop space as the facilitator, Chris, was finishing up his introductions. The group was plentiful, lots of attentive ears pointing in the Chris’s direction (although as I was one of only four males in the room I think I must have turned a few heads 😛 ). Francine zipped a chair under my rear and I sat the other side of old-Aberystwyth-associate Izzy Rabey. Izzy would later mention how strange and simultaneously gorgeous it was that we were sharing another theatre workshop together, as we had done several times in youth theatre.

Already I have written too much about sweet nothing, so I’ll get to the chase. We were taught some very interesting techniques on how to ellict devised work from text. A warm up saw us testing how it felt to judge and be judged. Everyone in a circle was lulled into a calming exercise of breathing, then asked to trust Chris who would choose a single person out of the group. That chosen person had to keep the fact they were chosen a secret, or so he said. This was repeated another time, in between each choosing was a Werewolf style council of accusations. The first time, we were shocked to discover, no one was actually picked. Hilariously the second time everyone was picked. It was a lesson in entering the mindset of someone who may be giving you personal material to transcribe and then use in a devised piece of theatre (minors, those at risk of persecution etc). It was very effective to be placed in the shoes of a nervous, face-strained mask, as well as some who would accuse on no basis other than body languange.

The major part of the workshop saw several volunteers (myself included) getting up in front of everyone to tell a story from their past. Some of the group listened with eyes closed, whilst others became scribes recording the stories. the tales were rooted in reality, and possessed less theatrics thus becoming more engaging to the listeners. The devising would then be built around the texts, and not the verbal accounts. My own story was transformed into a playground bullying chant summoning the evil serpent fears of my first few months in a new school. We were directed to ask lots of questions, and look to building the devised pieces from the answers.

A final exercise asked us to repeat this use of questions and answers, where I took a tweet from a games journalist on my feed and examined his parting phrase “Always a pleasure”. Other groups were given other sources, but ours evoked some interesting discussions about the nature of formality, pleasure, sex, ettiquete, pomp, social climbing, exclusion and power.

The use of these answers to decide upon content and form really gave me some curious thoughts on how I create games. How often have I asked a series of questions in order to generate content? Our methodology teachings with Sion have definitely pushed me in the way of these sorts of ponderings, but to see it work in a collaborative setting was fresh and exciting. It reminded me of the work I did on Anuli and Obi for my Moments of Consequence project.

I’m only scratching the surface with revisiting the process of specific-questioning as a tool for content generation, (maybe it is as obvious as “Ask the right questions and don’t answer any you haven’t come across yet” but I think seeing it in the use of theatre makes me ask the reason why I’m doing this)… I hope I will return to my game making with a renewed guidance on the matter.